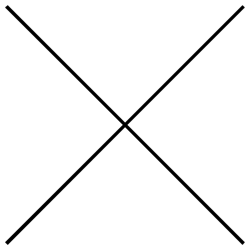 Alessandro Michele’s show for Gucci, Epilogue, showcased as a 12-hour livestream at the end of Milan Digital Fashion Week, is the culmination of his three-part fairytale, the challenging of fashion norms in his inimitable, eclectic style, and the creation of something never seen before. 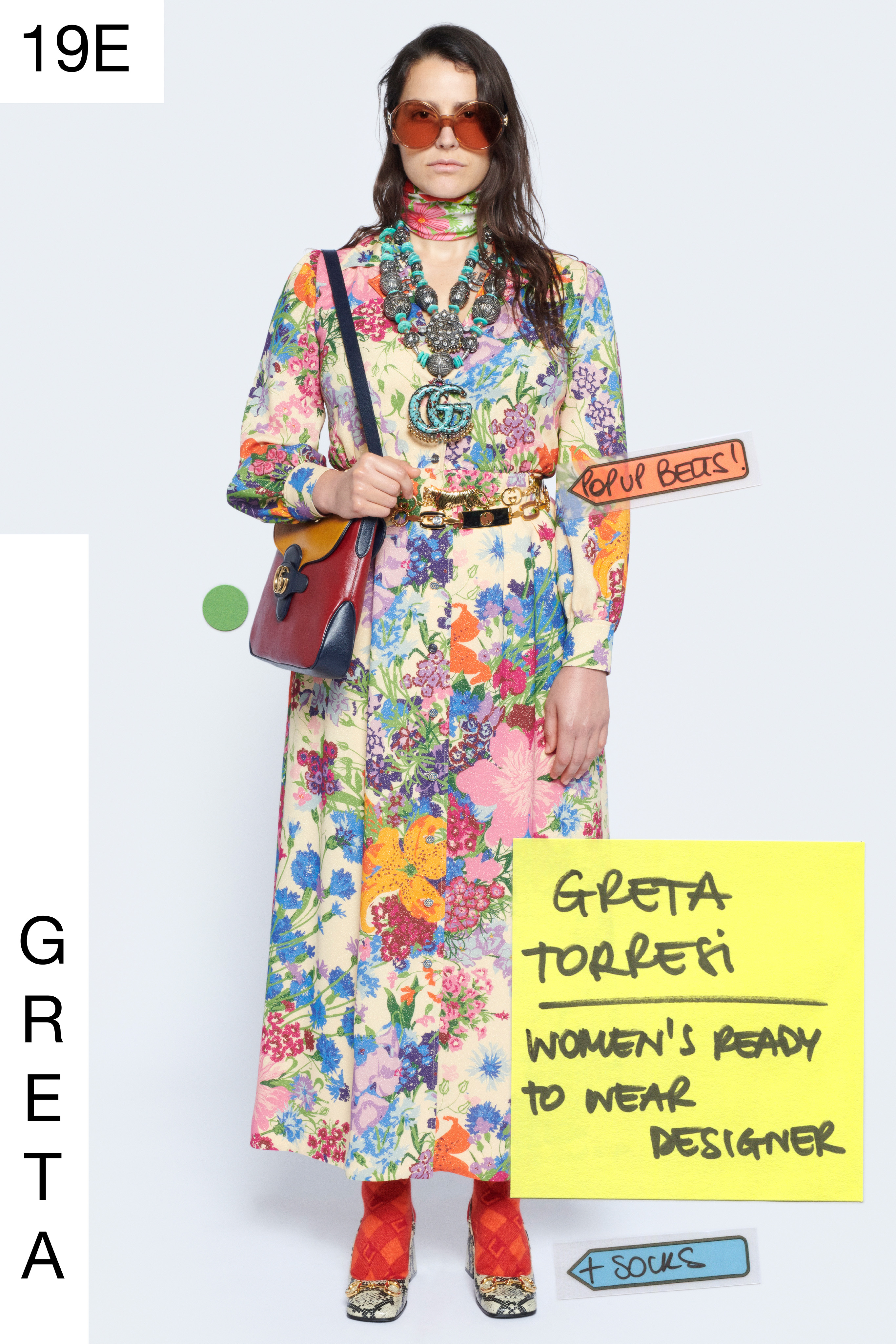 As Milan Digital Fashion Week drew to a close, it was Alessandro Michele’s narrative 12-hour livestream show for Gucci, Epilogue, that took place in the late-Renaissance Palazzo Saccheti, and shown simultaneously in 1950s television sets in cafes in Rome, Paris, Milan, Madrid, and Moscow, as well as to the maison’s adherents all over the globe.

In a way, it was a new beginning, and a doing away of the past, a “closing act of narration” in his words. Alessandro Michele has walked away from the traditional fashion week format, choosing to now present two shows a year, which is even more significant, given the Covid-19 crisis that is currently gripping the world. Epilogue is the last part of a three-part series of presentations that started in Fall 2020, where Alessandro wanted to “celebrate the magic ritual of a fashion show – a sacred and unrepeatable liturgy – an unveiling of what lies behind the curtain”, a reversal of perspectives, so to speak. His second act was shaped during his advertising campaign in May, when he further disoriented the routine inside mechanism of fashion. So he chose to let go, as the “obsessive” director, and allowed his models to build their own images. This became ‘The Ritual’, where the models acted as photographers and storytellers, producers and scenographers. 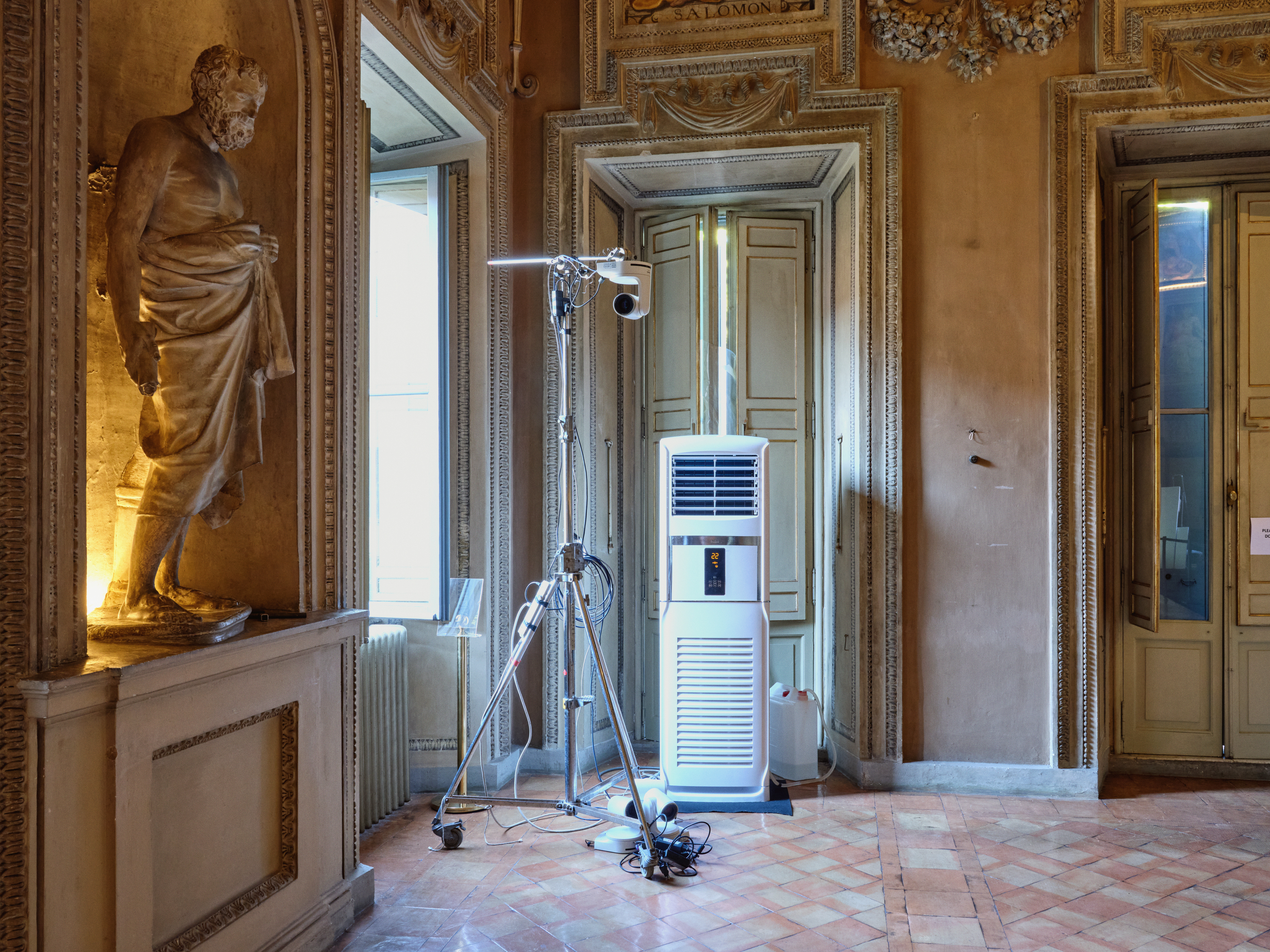 Finally, we are at the epilogue, that “seals the closure of a trilogy of love” as Alessandro says. “This last movement goes around another short-circuit,” he says. “The clothes will be worn by those who created them. The designers with whom, every day, I share the daze of creation, will become the performers of a new story. They will seize the poetry they contributed to mold. They will stage what we passionately imagined. It’s a process of role reversal, once more. The inside projects itself outside.” So his design team turned into models – and what a runway of personalities! They interpret an aesthetic, body shape, and attitude that is their own, and lend such magnificent credence to the outfits they wear. 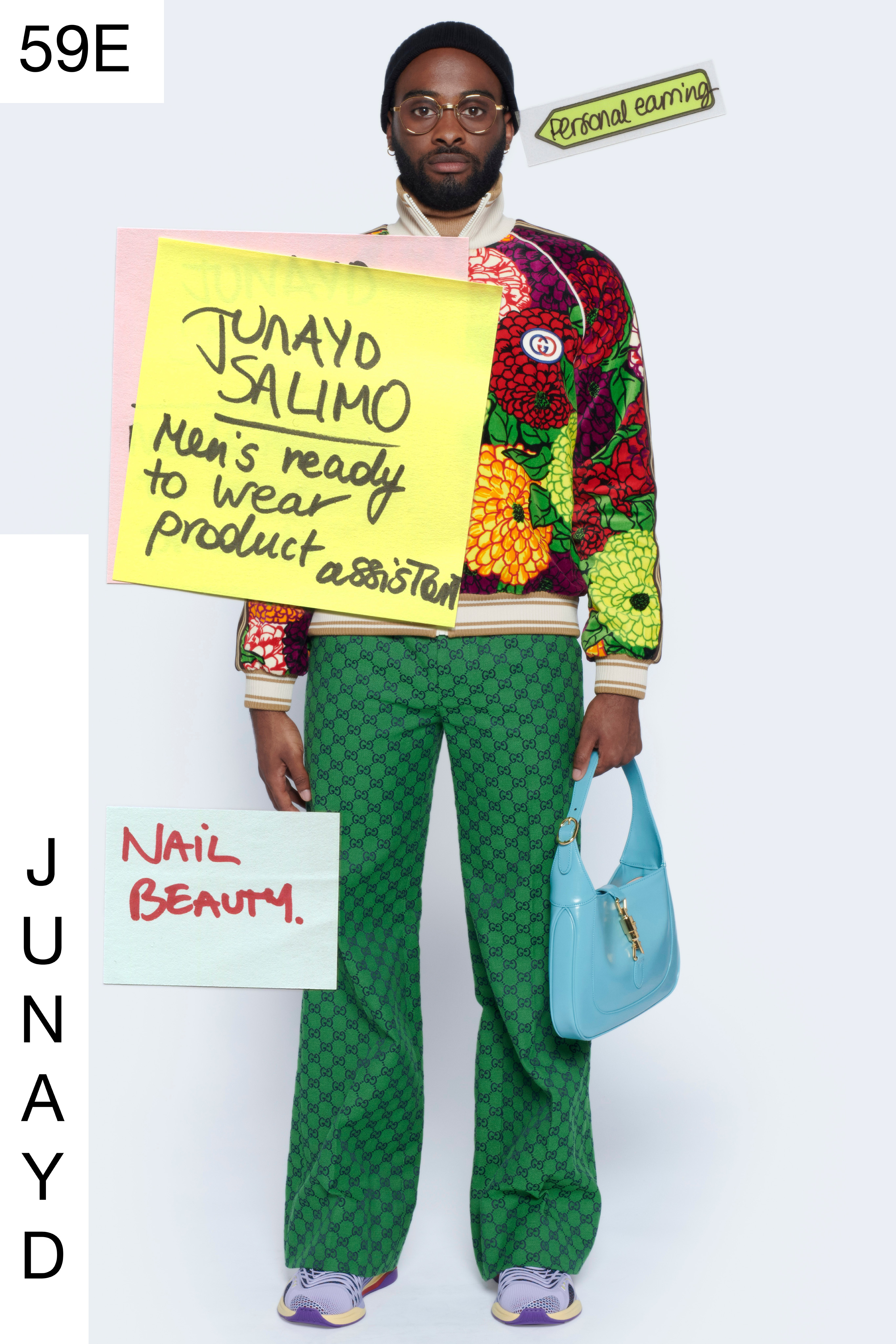 And so, for an entire day, anyone could log in and check out the livestream, which was actually a behind the scenes campaign shoot for Gucci, photographed by Alec Soth, investigate, thanks to suitably arranged cameras, the process through which the design office embodies Gucci’s new advertising campaign. “What happens to the relation between reality and fiction when prying eyes sneak into the mechanisms of the production of an image? What happens to fashion, and its seductive ability, when the true goes back to being just a moment of the false?” says Alessandro. Luckily for us, the viewer, it was a wonderful mix of faces, of characters, of people, just like Alessandro’s eclectic clothes. 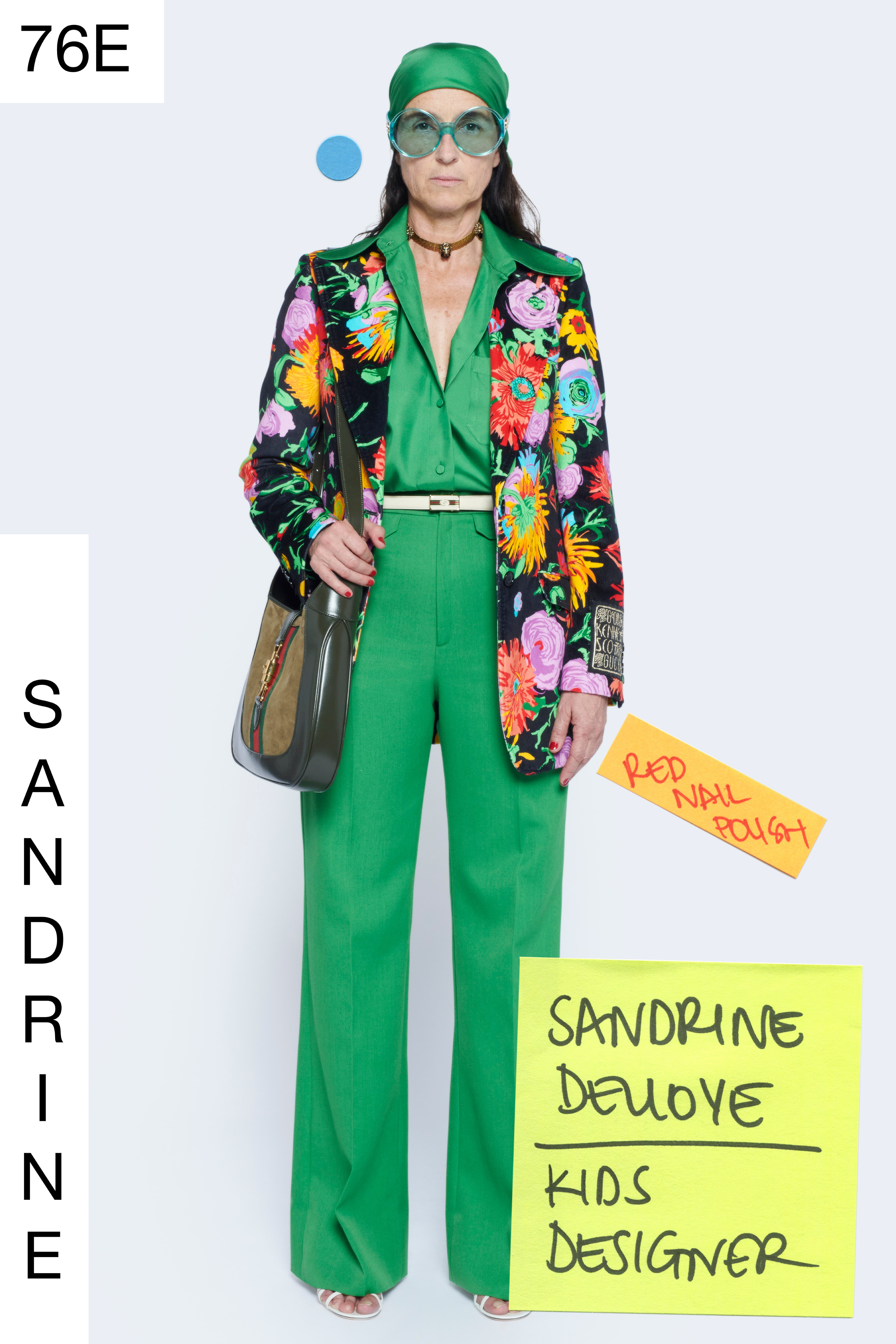 The 76 pieces shown are unisex, typical of Alessandro’s style, and they display that phantasmagoric layering and assemblage of outfits, with a mélange of prints and patterns taken from the archives of Gucci, and reimagines and styled in that unique 60s and 70s homage to silhouettes and pairings that Alessandro is famed for. His clothes have that timeless appeal, that feel of going beyond season and year – and he was already doing this before the Covid-19 struck. Alessandro is not one to be bound by any recent trend, as he wants to create clothes that are truly eternal.

“My fairy tale in three parts wanted to generate a questioning about the rules, the roles and the functions that keep the world of fashion going,” says Alessandro. “It’s a partial investigation, an unbalanced game in which I tried to dismantle the scaffolding, to turn things upside down, to shift the gaze somewhere else, to challenge the grammars through which we try to name the mystery of beauty. It was necessary for me to go down that road brimful of love. In this sense, the epilogue that I deliver to you today really feels like an overture. A watershed that closes and opens at the same time, a threshold of a new beginning, from which we try to imagine our tomorrow.” 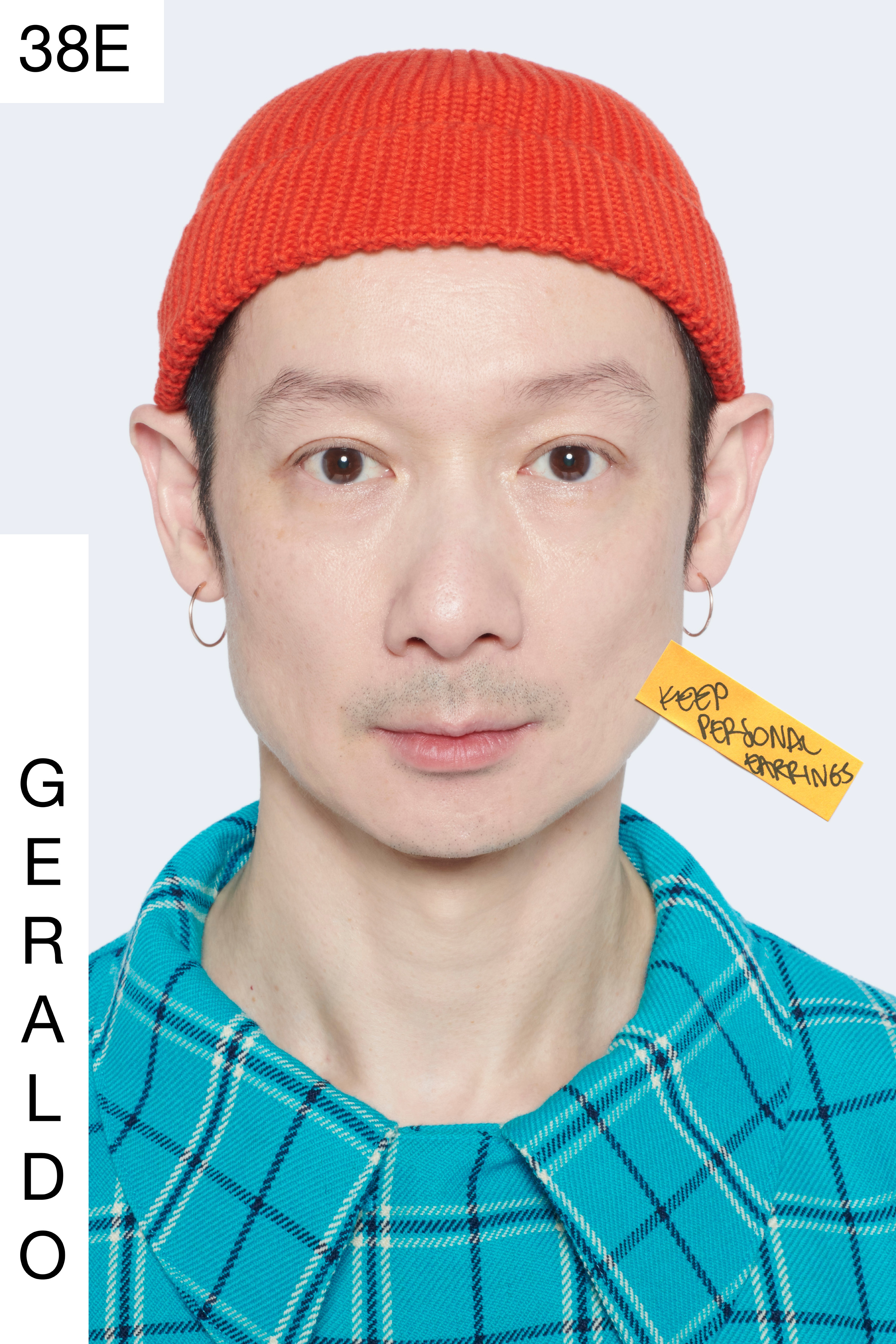 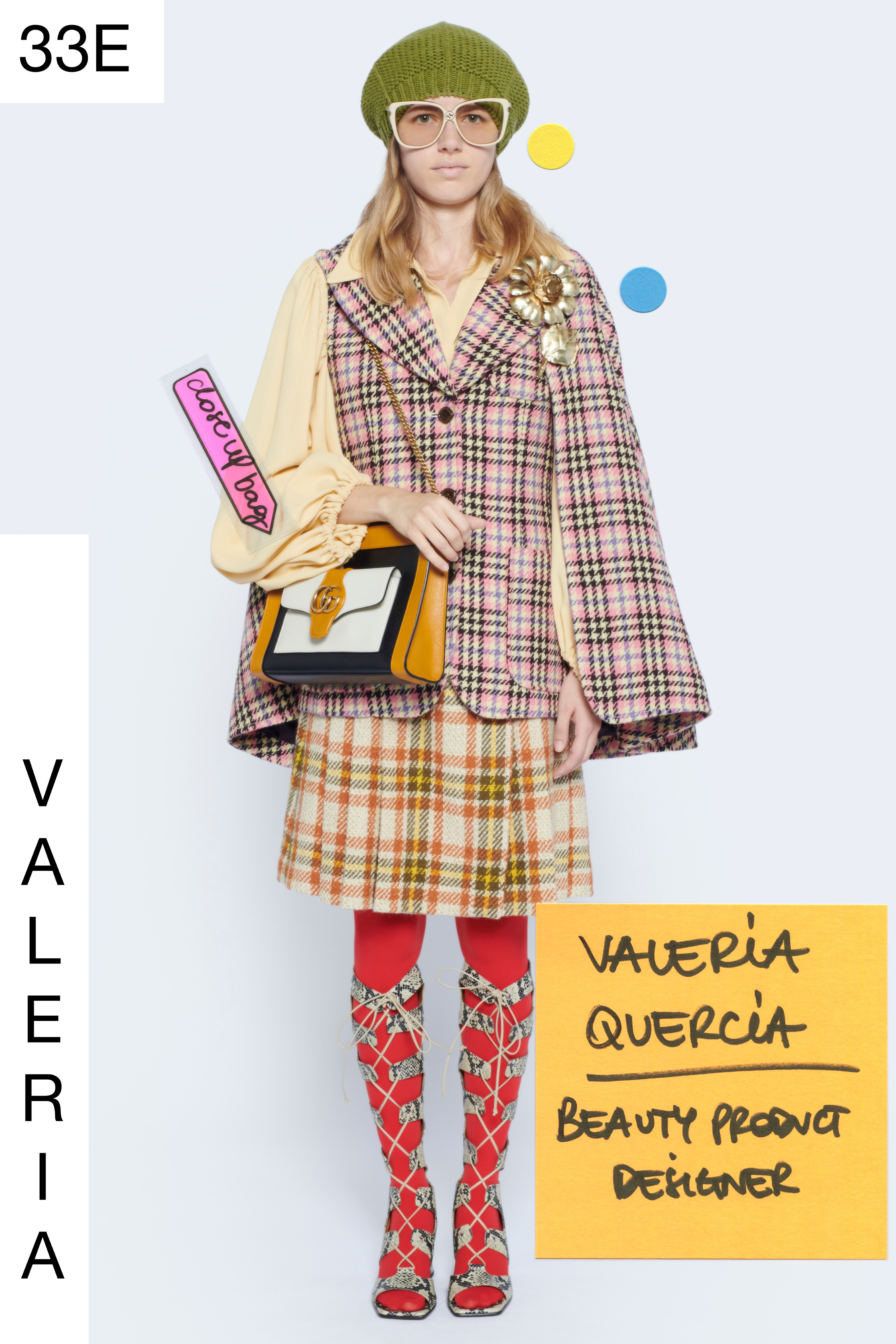 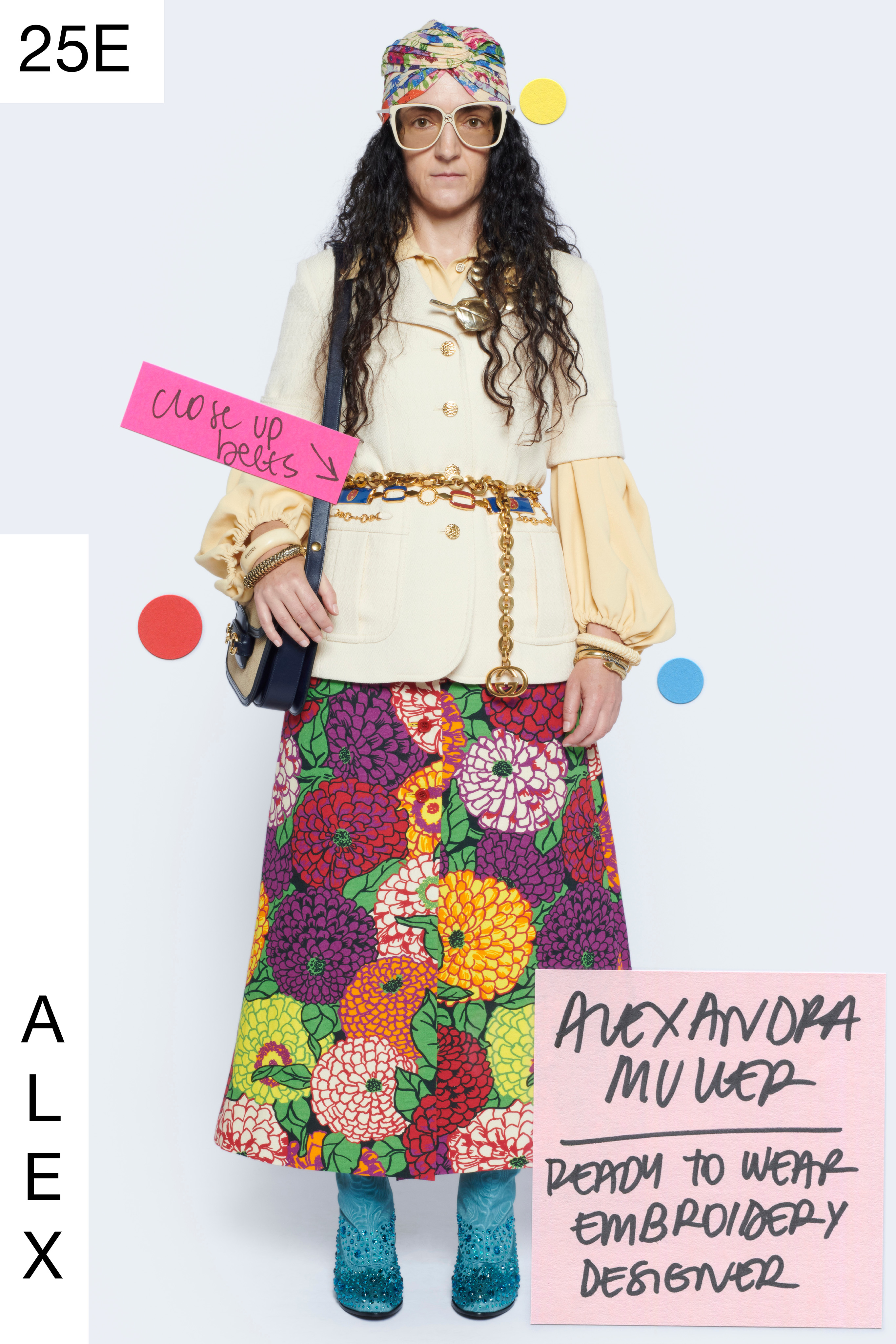 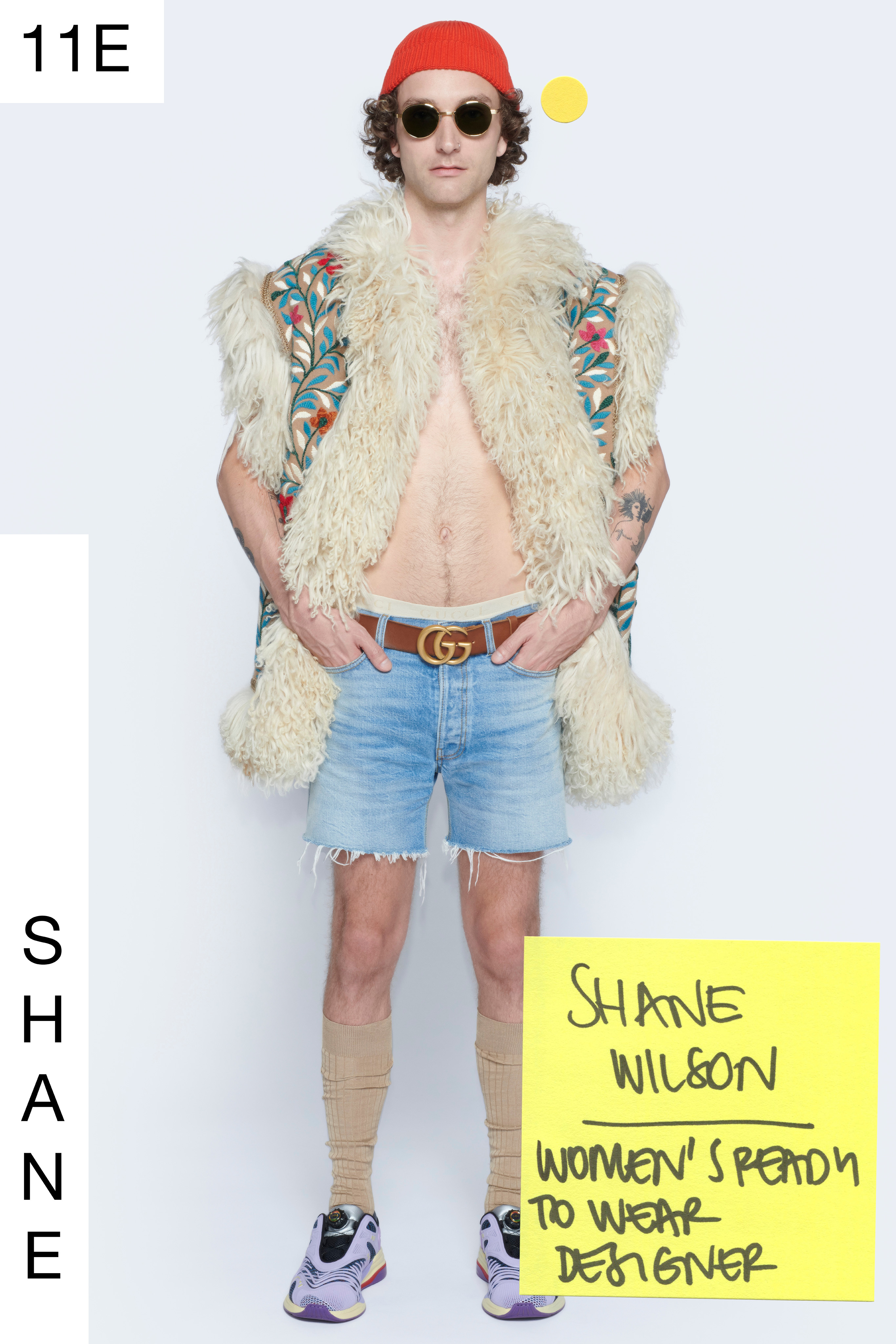 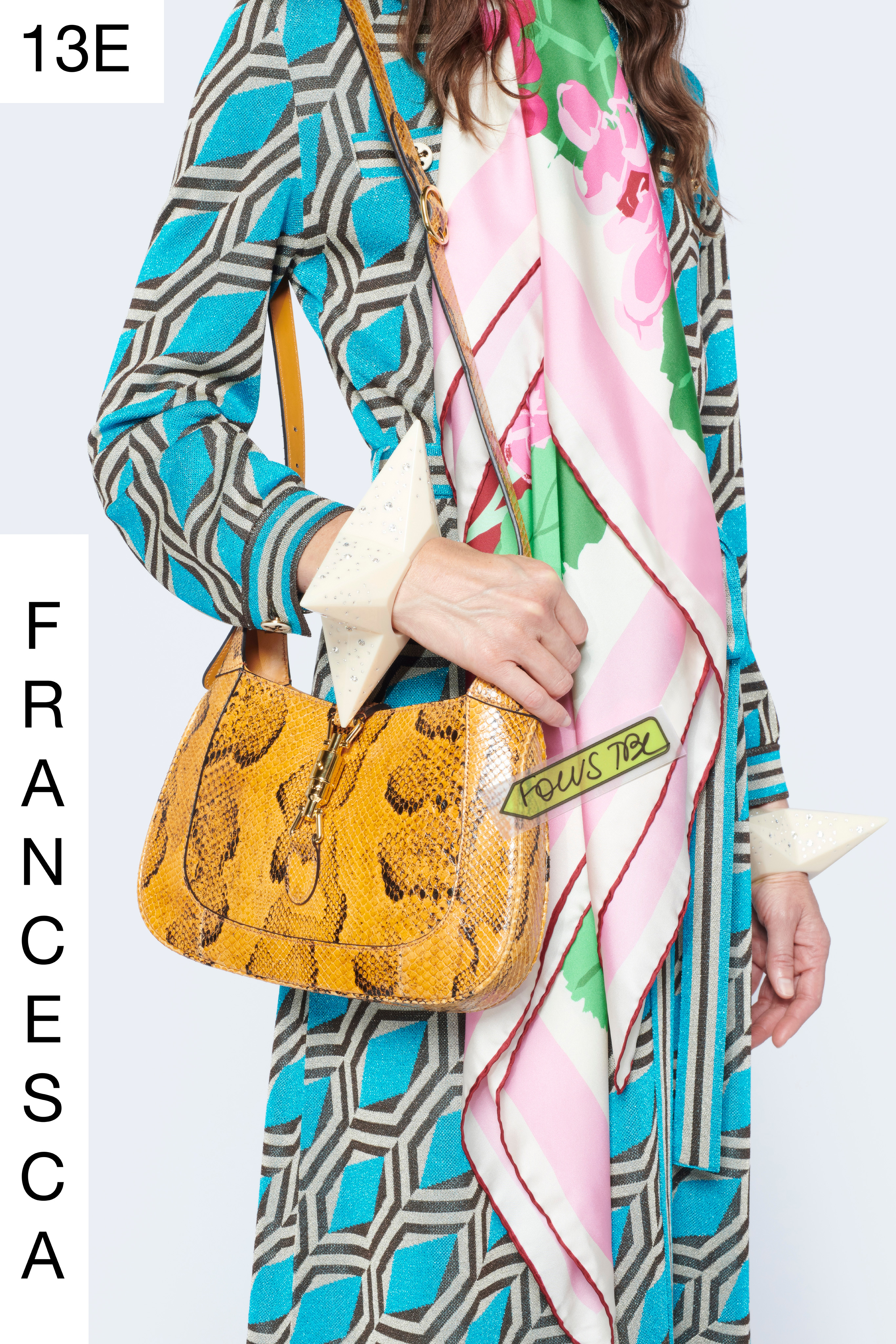 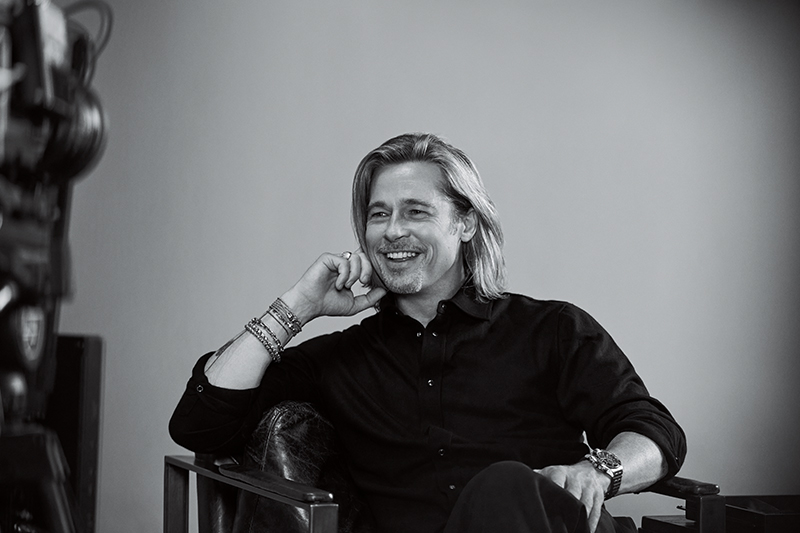 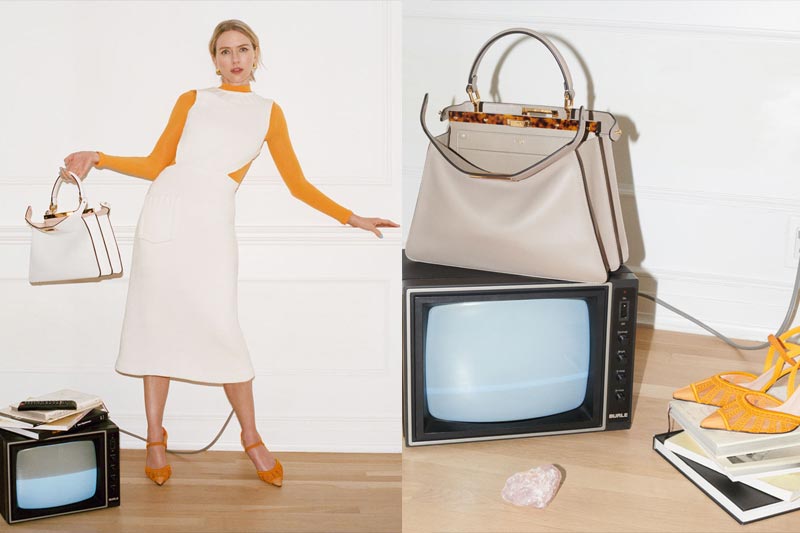 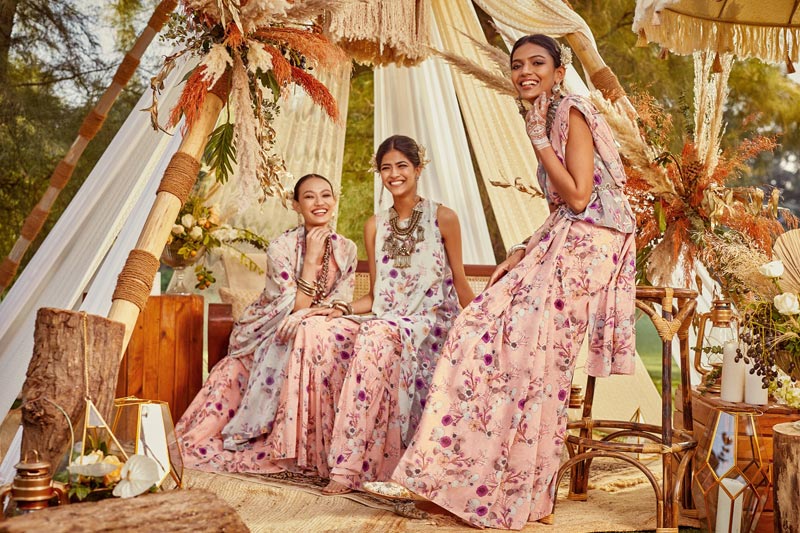 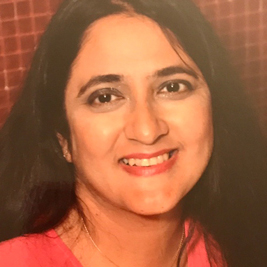